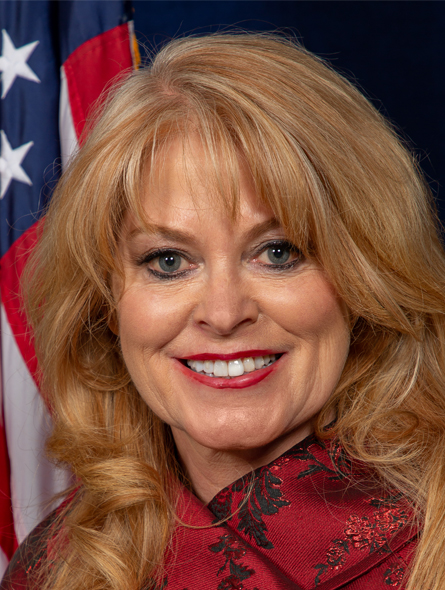 As the 78th Treasurer of the Commonwealth of Pennsylvania, businesswoman and retired U.S. Army Reserve Colonel Stacy Garrity is focused on transparency, cutting waste and fees, returning more than $4 billion in unclaimed property to its rightful owners, and making education affordable for Pennsylvanians.


Stacy understands the challenges that Pennsylvania families face, and she brings the same common sense that people use to manage their own finances to the Treasurer’s office.


After graduating from Sayre High School in Bradford County, Stacy earned a degree in finance and economics from Bloomsburg University of Pennsylvania and later received a certificate from the Cornell University Business Management Institute.


While serving as a colonel in the Army Reserve, Stacy received national attention for her decorated service on the battlefields of Iraq. While news raged about scandals involving prisoner abuse at other facilities, Stacy was highlighted for her stellar performance as one of the officers in charge of an internment camp for enemy combatants in Iraq.


Iraqis dubbed her “the Angel of the Desert” when her service at Camp Bucca in Southern Iraq resulted in a perfect record. She kept the camp secure and American troops safe without a single complaint of abuse from Iraqi soldiers interned there.


Stacy served a remarkable three deployments in defense of the United States: in 1991 in Operation Desert Storm, in 2003 in Operation Iraqi Freedom, and in 2008 in Operation Enduring Freedom. She was awarded the Bronze Star twice for exceptional service and received the Legion of Merit before retiring from the Army Reserve with the rank of colonel.


While serving in the Army Reserve, Stacy started work as a cost accountant at Global Tungsten & Powders Corp., a global supplier of refractory powders, and worked her way up to become the first of two female vice presidents at the company.


As Pennsylvania Treasurer, Stacy oversees an office of more than 300 employees and is tasked with protecting more than $115 billion in state assets. Among her many duties, she serves as a fiscal watchdog for the state, manages Pennsylvania’s 529 College and Career Savings Program and the PA ABLE Savings Program for disability-related expenses, and administers the state’s unclaimed property program.


As someone committed to her local community, Stacy also serves on the board of Bradford County United Way and is a trustee of Guthrie Robert Packer Hospital in Sayre.


Stacy is married to Daniel Gizzi, a project analyst at Corning Incorporated. She worships at both the Christian Life Church and Emory Baptist Church.