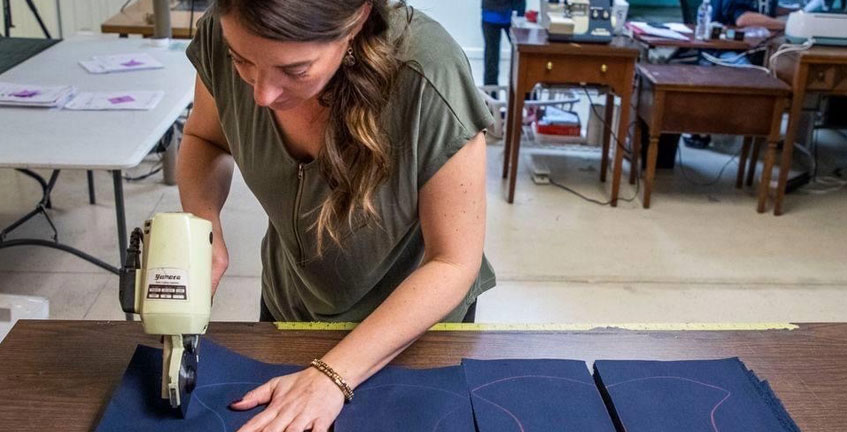 #MadeInPAMondays will feature a different company on social media each week

"Pennsylvania has a rich history of manufacturing that dates back to before the American Revolution, and manufacturers are vital to our economy. They give back in so many ways, from producing the goods we need in our daily lives to contributing tens of billions of dollars to our economy. I’m excited to recognize manufacturers and makers of all kinds – from a single person building furniture in a small woodshop to large companies with hundreds of employees – through this social media campaign.”

“Manufacturing is the engine that drives Pennsylvania’s economy, adding the most value, having the strongest multiplier effect on job creation, and providing the best wages and benefits in the marketplace. We are so proud of Treasurer Garrity, who is herself a manufacturer, and salute her campaign to showcase Pennsylvania’s amazing manufacturers and all of the things that are made in the commonwealth.”

“I take great pride in offering high-quality creations handcrafted in Central Pennsylvania for 15 years and counting. When we encourage our local businesses, we support friends. We can positively influence their lives and can delight at seeing them flourish and expand, knowing we took part in that!”


Military Apparel Company’s mission is to create custom, meaningful bags and accessories crafted from personal military uniforms while giving back to the military and their families by supporting worthy causes like Support Our Troops and Leashes of Valor.

“As a veteran, I know what it means to wear the uniform of the United States military. Eve’s business not only allows military families to hold on to a piece of their service, and reflect on their sacrifice, but also contributes to our local economy. It’s businesses like hers that I hope to highlight through this campaign.”


Pennsylvania’s maker community is large and growing, with makerspaces across the state encouraging creativity in fields as diverse as 3D printing, CNC machines, electronics, jewelry, robotics, textiles and woodworking.


Follow along with Treasury on Instagram every week to learn more about the Keystone State’s unique and influential manufacturers. To recommend a Pennsylvania-based business to be highlighted on #MadeInPAMondays, email PATreasuryNews@patreasury.gov


Note: This release was updated to reflect the fact that Military Apparel Company is based in Cumberland County